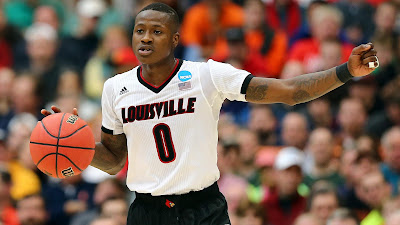 During the Celtics’ preseason trip to Milan, Terry Rozier declined to speak to reporters about the ongoing investigation into the Louisville sex scandal.  He simply said,

“When it’s time to answer those questions and deal with that, I will. But right now I’m just trying to take in this moment with these guys out here and have a lot of fun with my teammates. So, like I said, when that time comes to answer that, I will.” 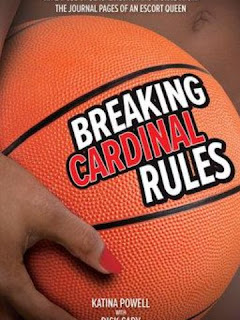 This morning, ESPN’s Outside the Lines aired an in-depth investigation into the scandal.  Katina Powell, who runs the escort service, claims that from 2010-14 many Louisville players and recruits were treated to on-campus dorm room shows complete with strippers, dancers, and sexual encounters for money.

In her book about her business dealings with the Louisville basketball program, she claims that several high school aged recruits, including rookie Celtics Rozier and Jordan Mickey, had sex with her dancers for money.  The dancers were paid by Andre McGee, a former Louisville grad assistant to the basketball team.

Rozier recently told Outside the Lines,

"I don't want to talk about it. ... I was already committed before I took my visit. ... I will say, though, Coach P [Pitino], as far as the dorm situations and visits, he'd go out to eat with the recruits and their parents. As far as after that, he wouldn't know. ... I can say his nose is clean."

Mickey could not be reached for comment.  If these allegations are true, Louisville and head coach Rick Pitino will face deadly sanctions, not just from a recruiting standpoint but from a legal one as well.

Promoting prostitution is a Class D Felony and both Louisville officials and Powell are in danger of facing prison time depending on how the case unfolds.  A major point of focus will be whether or not Powell personally profited from the exchanges. 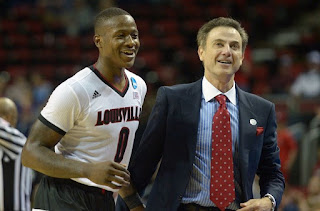 It is highly unlikely that McGee, a grad student at the time, could afford to pay for all these expensive sex parties.

Powell claims that McGee would often bring wads of cash to the parties and hand out money to the recruits to “pay” the dancers to simulate a strip club environment inside the dorm rooms.  McGee would allegedly ask the recruits which girl they liked, and then would negotiate deals with the individual strippers to have sex with the recruits.

This story is gaining a lot of momentum and it is very unfortunate that two promising young Celtics players had to be involved in this sinful scandal out of Louisville.  In addition to the young recruits, many of the dancers, including Powell’s own daughters, are said to have participated in these sex parties as minors.  However the age of consent in Kentucky is 16.

The Louisville program may be forever damaged by these allegations and Pitino’s coaching legacy will be forever tainted if it is determined that he knew anything  about the escort services.  The school may very well be stripped of their 2013 championship.

Whatever happens in Louisville – here’s to hoping that the scandal will not be a huge distraction for Rozier and Mickey as they begin their promising young professional careers in Boston. 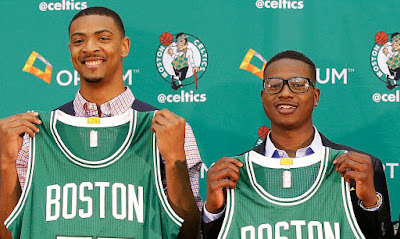