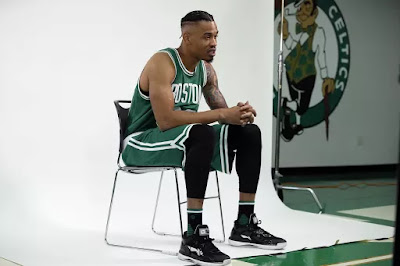 There is a difference between being liked and being respected.

Gerald Green was well-liked during his first two NBA seasons in Boston. He averaged 10 points per game as a sophomore and momentarily shocked the basketball world by dethroning Dwight Howard in the 2007 Slam Dunk Contest.

Green was certainly no hero, but his raw potential and freakish athleticism represented hope during a dismal 2006-07 Boston Celtics campaign.

The Celtics finished 24-58 that year – their second worst record in franchise history.

Nevertheless, the 6’7’’ Green became a fan favorite in Boston thanks to his energetic play and rim-rattling dunks. During his 15 minutes of fame at All-Star weekend, the rest of the basketball world became aware of his offensive potential.

A few months later, the Minnesota Timberwolves traded Kevin Garnett to Boston for draft picks and a package of players centered around Green and Al Jefferson.

In other words, if not for Green, the Celtics may have never won their only NBA championship since 1986.

That’s a good reason to like him. Here is why you should respect him:

Since being traded nearly ten years ago, Green has worked tirelessly at rounding out his game to become a better player. He does not blame the Celtics for trading him for Garnett; he would have done the same thing.

Boston was his first home as a young adult and he is ecstatic to return to the city where his NBA journey first began.

"It's an amazing dream to come back to the team that drafted me so I'm blessed man. I'm blessed to be sitting here talking to you right now. I'm very honest and very humbled to be back with the Boston Celtics." 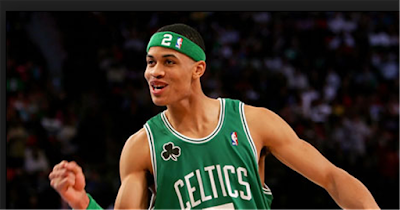 As one of the last players drafted out of high school, the 18th overall pick in the 2005 NBA Draft spent time in China, Russia, and the NBA D-League on the way to transforming his basketball identity.

He wants you to know that he is not just a dunker.


Now 30 years old, Green is excited to begin the new season with an important role and a newfound veteran’s mentality.

Green will be a mentor and a high-volume scorer off the bench for one of the NBA’s youngest and most talented teams.

Furthermore, his height, athleticism and ability to provide instant offense enables him to play multiple positions for Brad Stevens’s various small-ball sets.
It was only three seasons ago that Green played in all 82 games for Phoenix and averaged 15.8 points while shooting 40% from three-point range.

It is comforting to have a player on the floor who can create scoring opportunities for himself. The Celtics roster is built around hard workers and tough defenders, but they were plagued last season by long stretches of inefficient offense during close games.

Green’s ability to score in bunches can command the attention of opposing defenses, which frees up teammates to focus on spacing the floor, setting quality screens and making smart cuts.

Isaiah Thomas has a similar effect for the Celtics starters.

Unsurprisingly, the two scorers loved playing together in Phoenix. As Green puts it, he and Isaiah are “like Kool-Aid and sugar.”  Thomas heavily recruited Green in the offseason.

Green may be getting paid less than James Young and Demetrius Jackson, but as a big-time scorer off the bench for an elite Eastern Conference contender, he will be one of the best value signings of the NBA offseason.

An explosive offensive threat with a chip on his shoulder is exactly what the Celtics needed. Green will become a fan favorite in Boston once again.

So grab a glass, a spoon and some ice cubes. It’s time for some Kool-Aid and sugar.
Posted by Jon Jacobson at 4:31 PM 18 comments: