The "Upside" of Buddy Hield 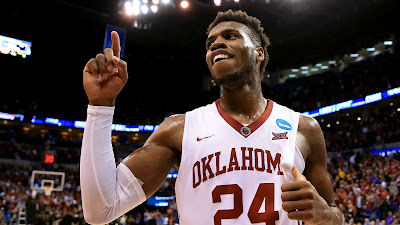 The Case for Buddy

The 2016 NBA Draft is just hours away and Danny Ainge is working relentlessly to trade away the #3 overall pick.  If trading away draft picks is what it takes to bring an All-Star like Jimmy Butler to Boston, then you can’t really blame Ainge for doing his job.

With that being said, Buddy Hield was both the best player and best scorer in college basketball this season.  These terms are not always synonymous, but they are in Hield’s case as he won the Wooden Award for Most Outstanding Player and led the NCAA with 25 points per game.
*Technically Hield was #2 in scoring behind James Daniel, the 5’11’’ guard who launched 19+ shots per game for the 12-20 Howard Bison.

Many people do not realize that Hield grew up in the Bahaman Islands, staying out late every night to shoot basketballs at a “hollowed-out milk crate he'd fashioned into a hoop for so many hours his mother would literally come in the dark to chase him home.”

His identity is crafted from a unique love for the game of basketball.  This deeply-rooted connection helped him become the top-ranked middle schooler in the Bahamas, get recruited to a prep school in Kansas, develop into a college basketball star at Oklahoma, and finally enter tonight’s draft as one of the best young players in the world.

Not every Wooden Award Winner (see, Jimmer Fredette) achieves NBA stardom, but it is considerably rare for a shooting guard to impact the game so significantly at the college level that he actually wins the prestigious award.  The last three shooting guards to win are J.J. Redick (2006), Michael Jordan (1984), and Ainge (1981).
*Hall of Famer Chris Mullin also won in 1985, but he split minutes at small forward. 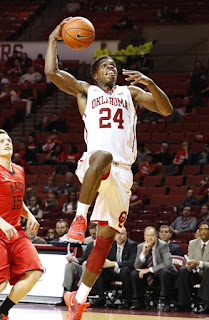 On the surface, Hield’s offensive dominance exists primarily within his outside shooting.  But when you closely examine his game, the 6’4’’ guard showed a mastery of dynamic inside-outside scoring ability this past season, as he combined sharpshooting with explosive slashing to destabilize opposing defenses.

Hield completely transformed his offensive game between his junior and senior seasons.  One year ago, he could have entered the draft and been selected with a mid-to-late first round pick as a reliable spot-up shooter.

He turned down the opportunity and stayed in school for one more year to challenge himself to become great.  The result: an aggressive, multifaceted, deadeye-shooting, scoring machine.

This phenomenal development late in Hield’s college career is extremely rare for upper classmen and speaks volumes about his work ethic.  It could also be an early indication that Buddy is the type of player that never stops getting better.

Hield converted 46% of his three-pointers this season, even though many of them were from absurdly long range.  He drew frequent comparisons to Steph Curry due to his small size, lightning-quick release, and affinity for knocking down implausible shots.  However Hield's Oklahoma teammates say he’s more like Kobe Bryant.

You get the idea – this kid can flat out score.

The Problem with "Upside"

Unfortunately for Buddy, excitement about his amazing season quickly receded once his Sooners were annihilated by the eventual champion Villanova Wildcats in the Final Four.  Having faith in him was not as easy after seeing him on the wrong end of such a brutal beat down.

But to quote Michael Caine’s character Alfred in Batman Begins, “Why do we fall sir? So that we can learn to pick ourselves up.” 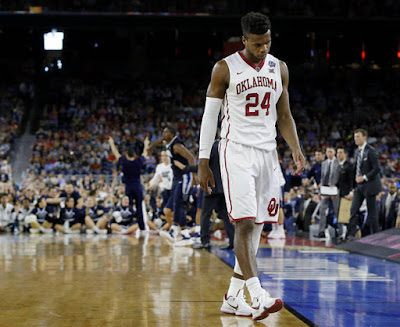 Even though that quote was intended to cheer up Bruce Wayne after nearly burning to death, I think it also exemplifies Celtics basketball.  The Celtics are not perfect and rarely win pretty.  They pride themselves on hustle and physicality.  Their identity thrives in their resilience.  They outwork other teams to become the aggressor in each and every game.

Hield has hardly had an opportunity to pick himself up after the loss to Villanova, but showing up to a workout for the most historic franchise in professional basketball and knocking down 85/100 three-pointers to break the all-time workout record set by Jamal Murray just several days before is a pretty damn gutsy place to start.

Missing wide-open treys is arguably the Celtics’ biggest offensive issue.  Hield not only addresses that need immediately, but has all the intangibles that coaches look for in young players.  It is time for Ainge to consider the upside of a Celtics team with Hield, as opposed to the upside of a teenager’s future who may or may not develop into a quality NBA player.

It is no surprise that Buddy has been working out with Kobe during the offseason to prepare for the transition to the NBA.  They met during the Elite Eight when Hield scored 37 points to upset #1 seeded Oregon.

Bryant said after the game, “He looked phenomenal… If a guy can play, he can play. It doesn't take a rocket scientist to figure that out.” 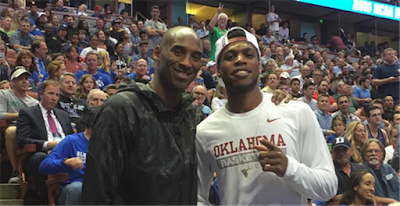 Hield is world-renowned for his scoring ability, so it is ironic that he is considered to have less “upside” than unproven teenage players like Murray and Dragan Bender who are merely younger.  The obvious flaw in this way of thinking is that Hield is ready to contribute to an NBA team right now.

Everywhere Hield has gone, he has worked to develop himself into the best player there.  He became the best scorer in college basketball through an amazing combination of talent, heart, work ethic, and a shooting routine of 300-700 three-pointers every single day.  He will find ways to produce points consistently at the NBA level.

This opportunity cannot be overlooked or taken for granted.  Keep in mind that Jordan was the #3 pick.  Kobe was the #13 pick.  How late will Hield fall tonight before someone takes a chance on the best scorer in college basketball?

There are plenty of talented players with upside in tonight’s draft – but only one has a Wooden Award, a Naismith Award, and an Oscar Robertson Trophy to show for it.  Only one can call himself college basketball’s most dominant player.

Ainge will most likely trade the #3 pick tonight.  But if Ainge finds himself on the clock and the opportunity arises, then I hope he makes the right decision.

The guy knocked down 85/100 three-pointers in front of Celtics coaches' faces.  I'm pretty sure we want Buddy as a friend; not an enemy.