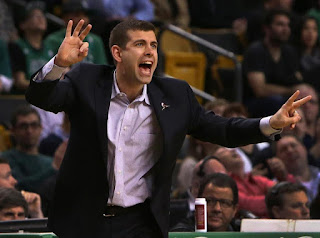 The Celtics trailed by 12 in the first quarter but Brad Stevens quickly rallied his Celtics to bounce back and trounce the Milwaukee Bucks 99-83 on Tuesday night.  Isaiah Thomas started once again for the injured Marcus Smart, contributing a game-high 20 points despite shooting just 1-10 from 3-point range.

This was an impressive victory.  The C’s clearly still have some issues to sort out in the frontcourt, but fortunately Greg Monroe and the Bucks’ massive size advantage was overshadowed by the performance of the Celtics high-powered bench.  The Celtics bench once again outscored their starters 50-49, even with Thomas in the starting lineup.

Depth proved to be a critical factor in this game, especially when Avery Bradley went down with a lower leg bruise.  Rookie R.J. Hunter was thrust into meaningful rotational sets for the first time in his young career and the potential future face of the franchise did not disappoint. 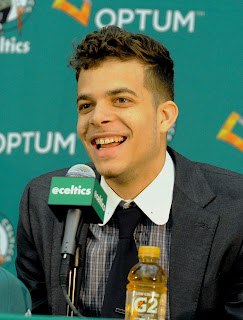 Hunter knocked down 3-5 jump shots for seven points, but more importantly showed off an ability to contribute in a multitude of ways.  He pulled down seven rebounds in just nineteen minutes, while David Lee, Kelly Olynyk, and Jonas Jerebko collectively gathered seven rebounds in a combined 58 minutes.

Hunter also showed active hands and incredible tenacity on defense.  His lateral footwork could be better, but he showed resilience in fighting through screens and sticking on his assignment.  He had a nice steal and a beautiful block from beyond in the second half, all contributing to an impressive + 19 plus/minus.

Despite not registering any assists, Hunter passed the ball very effectively, further emphasizing his high basketball IQ.  Stevens showed a lot of confidence in the rookie by making him the direct beneficiary of Bradley’s injury minutes.  If Bradley is out for an extended period, then Hunter might see a huge increase in playing time; if he keeps playing like this, then those are minutes that he might never give back.

Stevens is already drawing up plays specifically designed for Hunter, such as this one.

Hunter's sharpshooting and versatile skillset makes him an extremely effective weapon in the Celtics offense.  Bradley is one of the best on-ball defenders in the league, but Hunter might already be the better overall shooting guard.  R.J.'s untapped scoring potential makes me giddy.  Regardless of Bradley’s health, there is no question that Hunter deserves regular rotational minutes.  He is far ahead of the rookie curve and rapidly developing into a great NBA player.

Now There's a Tommy Point!  In the game’s final minutes, Hunter was visibly exhausted after making a series of hustle plays. He had already been on the court for almost the entire second half and Stevens decided to pull Hunter out of the lineup to let him rest with the game essentially in the bag. But Hunter wasn't feeling the bench.  Within sixty seconds, he was back up at the scorers table, eager to check back into the game. This kid loves to contribute whenever and however he can.  When you watch him play, it is easy to visualize the great player that he will become.  Hunter will soon become a Tommy Point machine.

Hunter has all the talent and all the intangibles to become a great player, especially on a Celtics’ team that needs an identifying face of the franchise.  I cannot wait to bust out my #28 jersey for the first time at the TD Garden later this month.  With Hunter’s impressive play, the team on the upswing, and the potential first overall pick in next year’s draft thanks to Brooklyn, the future is starting to look very bright in Boston. 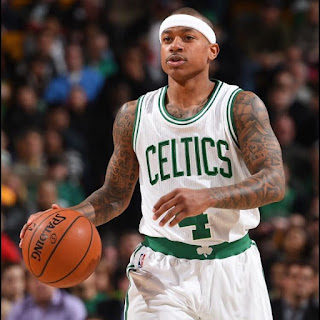 The C’s are back in action tonight in Boston against an inconsistent Indiana Pacers team.  The Pacers play a ton of small ball, led by Paul George and Monta Ellis.  They will be looking to run, so the game should be fun because both teams flourish in fast-break situations.

The Celtics get the edge thanks to their depth, speed, and disruptive backcourt defense.  The Pacers defeated the Celtics by two points last week, but the Celtics have played drastically better since then and should be able to come away victorious tonight.

Prediction: Celtics win 98-95.  The Celtics are the better team, but back-to-backs are never easy and George and the Pacers play with a ton of passion and physicality.  The Celtics should be able to maintain control and dictate the pace, but the game will be close.  Look for Thomas to score around 30 points in this small-ball oriented matchup.  If Bradley cannot play, look for Hunter to continue impressing while clawing his way towards the top of the depth chart.
Posted by Jon Jacobson at 10:16 AM