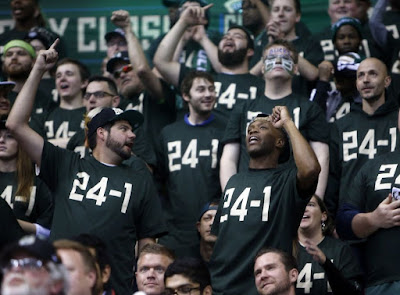 'Tis the season of giving and the Celtics sent an early Christmas present to Milwaukee on Saturday night: an undefeated but physically exhausted Warriors team.

After the grueling double-overtime battle against the Celtics on Friday night, the Warriors sputtered to their first loss of the season on Saturday against the decent yet inconsistent Milwaukee Bucks.  The Warriors entered Milwaukee with an NBA-record 24-game winning streak to start the season, but could not recover from tired legs and a sluggish first half.

The Celtics unfortunately came up short of ending Golden State’s historic streak, but battled valiantly and gave the Warriors a massive scare.  The Bucks should be thanking coach Brad Stevens and his Celtics for physically draining the Warriors players, as Stephen Curry and Draymond Green played a combined 97 minutes against Boston. 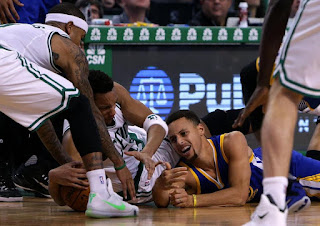 The Warriors, who are arguably the greatest team of the decade, were not their usual dominant selves on Saturday night.

They surrendered 108 points to a Milwaukee team that only managed 83 points in their previous game against Toronto. The typically-explosive Warriors were moving uncharacteristically slow and finished with a season-low 95 points.

It would be irresponsible to take all credit away from the Bucks.  Their standout center Greg “Moose” Monroe dominated the paint against the Warriors’ small ball lineups with 28 points and 11 rebounds.  Their 7-foot wingman Giannis Antetokounmpo recorded a triple-double and their 6’6’’ point guard Michael Carter-Williams came off the bench to make a huge impact on both ends of the floor.  Milwaukee’s size advantage proved lethal against the fatigued Warriors, who notoriously utilize small ball to dispel the notion that size matters on the basketball court. 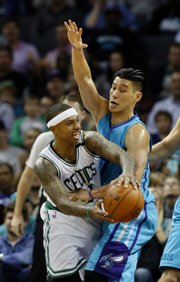 Isaiah Thomas recorded 21 points and dished a career-high 13 assists while Avery Bradley led all scorers with 23 points to help the Celtics defeat the sharpshooting Charlotte Hornets.

With the victory, the Celtics have now won 10 consecutive games in the second night of a back-to-back when on the road.  This impressive streak dates back to last season’s All-Star break.

Boston’s recent strong showings against Golden State and San Antonio, as well as their convincing win over Chicago, have earned the Celtics some much deserved national media attention.  After Boston’s courageous performance on Friday, it has become evident that the Celtics have the ability to hang with any team in the league.

But the Celtics have no interest in moral victories and Stevens believes that there are no such things as good losses.  Jae Crowder and the other Celtics players were visibly upset on Friday night after the tough loss, so it was encouraging to see them immediately bounce back for an important win against an underrated Charlotte team.

Still, it is undeniably frustrating to watch Golden State’s historic streak come to an end, largely thanks to an arduous endeavor that the Celtics ultimately started but could not finish.  Stevens should be receiving a gift basket as a token of gratitude from Bucks’ head coach Jason Kidd any day now.
Posted by Jon Jacobson at 5:40 PM 4 comments: